Established in 1986, we make pieces to order, including fountains, based on our own design, on a client's idea, or in cooperation with architects.

As a basic stuff we use stainless steel and its combinations with glass, stone (granite, marble sandstone) and wood, or other natural materials. 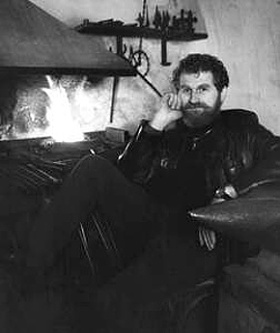 According to French designer Marcel Duchamp artist acts as medium and without any exact plan. This is not an expression of creative fumble but expression of creative searching resulting in fortunate permeation of hard work and stroke of luck. To look for link between stone and metal is more complicated because both materials seem impersonal, cold and both are offering great resistance during the treatment, and they both demand not only imagination but also professional skills.

Those determining factors were very well understood by blacksmith and artisan Radormír BÁRTA from Tišnov (born 16/06/1958) disciple of Mr. Zelený from Brno School of Industrial Arts. He knows that greater resistance the material shows more internal and intensive is the experience of revealing the mystery of substance, that and concerning stone and metal in particular — doesn't give anything for free. Bárta of course is primarily a blacksmith a man transforming metal, but he also keeps in his mind that minerals (stones)were first around us and in nature and that some of them (such as pyrites) can be transformed by the power of fire. In case we forget Bárta's usable work his fine creations are hovering between shapes of fine jewel and comparably precise and worked sculptures base of which is formed by metal, steel, stone an sometimes wood.

Formal perfection shows the best the complicated and layered content of Bárta's works. For all metal sculptures the forging metal forms primary base on which the artistic artefact is placed. As example we can take author's crucifixes, where the hammered mass represents the heaviness of martyrdom corresponding with rough surface where each strike of hammer is symptomatic. While combining materials the author goes even further with his crucifixes. It is the tension between e.g. wood structure of the cross and figuration of the body of Christ in metal and stone is far from true reflection and becomes symbol, it moves away the final described object and becomes a metaphor in space.

In great majority of other works Bárta tries to unite his materials — usually stone and metal. He chooses stone worked by years and nature (it is often limestone) of unusual shape with its typical relief, year rings, lines and many holes to let grow its continuance of form and content in metal not separated from the stone but overgrowing it finishing this amalgamation of materials. In this case it is usually achieved by combination of sculptural corpus and details worked like on jewel or filigree (e.g. see his primeval fish or animal with two horns). Shift from sculptural approach to relief to work understood as jewel is stressed by minimizing of the work and with increasing tension between grace of stone and metal (various rings and pendants prove this).

Change of polarization base — superstructure Radomir Bárta changes even the impact of his works as whole. For example while making heads of animals he takes the stone as base (essence of head) ond from metal (metal stand symbolizing the body of animal) for goblets of birds the base is metal continuing by stone - with similar or contrasting surface. Similarly smooth transition from metal to non-metal material (ex. cast glass) is possible to see at artist's lamps that are usable objects but with their aesthetic design they can be considered works of art.

Radomír Bárta is an artist able to listen to his material (respectively materials), (question is who or what is primary, provoking and inspiring before the work starts — material or author?), identify with it and exhaust it by various processes maximum on his way from unanimated to living and form immovability to dynamics. It is artistic process supported by craftsman's skills, process that gives satisfaction not only to the author but also to their user (owner) and ask, for new and new never ending interpretations. 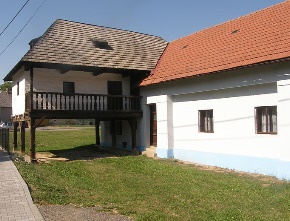